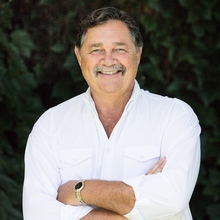 Brian D. Molitor is the founder of the Malachi Global, a ministry that exists to inspire and equip fathers and other mentors with the tools needed to successfully lead the next generation.

Brian has written numerous books, training manuals, and articles on the subjects of business success, leadership, fatherhood, rites of passage, mentoring, blessing, and how to build positive interpersonal relationships. His writings have appeared in magazines such as the Christian Businessman, Ethos, The Christian Sportsman, and the Godly Businesswoman, and in newspapers around the world. His first book on parenting was entitled A Boy’s Passage. Brian’s books, Boy’s Passage-Man’s Journey and Girl’s Passage-Father’s Duty were released in the USA and translated into French, Spanish, Portuguese, Korean and Chinese.

Brian has produced and hosted numerous television programs that have aired in Africa, the United Kingdom, Eastern Europe, the Caribbean, Australia, New Zealand, Indonesia, Canada, and the United States. His productions include TheDRIVEtv, JENI - Seeking the Extraordinary and TV4DADS. He has been a featured guest on US radio talk shows, including Parent Talk with Dr. Randy Carlson. Brian has worked with celebrities such as Kirk Cameron on Fatherhood and Family projects.

Brian is, also, the Founder and CEO of Molitor International, an award-winning consulting and training company with over thirty years of experience serving clients throughout the world. His book, The Power of Agreement, has helped thousands of people identify the vision, mission, core values, and operating principles of their organizations. His recent organizational development book, Win/Win...Win and his training courses, Leadership that Lasts, Barriers to Bridges, and Team Problem Solving have helped hundreds of organizations reach their highest potential, including those in business, healthcare, government, ministry, and local churches. His organization created an innovative community development program called 1000 Leaders that transformed the face of a 200,000 member community in midMichigan, USA.

He is also the developer of a youth training program called MITI - Foundations for Success. This 60 hour course has transformed the lives of countless young people throughout the nation and in other parts of the world.

For many years, Mr. Molitor has been the keynote speaker at business conferences, retreats, corporate meetings, and church services, worldwide. He has served as the pastor of a statewide prison ministry in Michigan and also spent two years as the director of a residential camp for disadvantaged youth.

Brian and his wife, Kathleen, have been married for over thirty-five years and have four children and three grandchildren. They reside in Midland, Michigan.